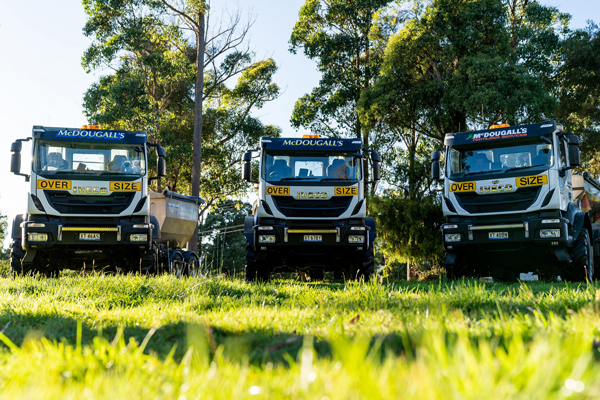 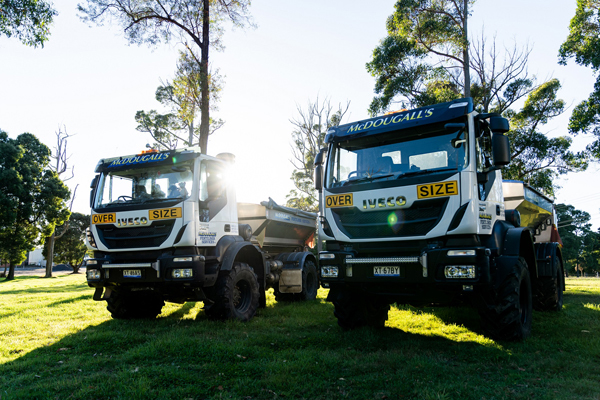 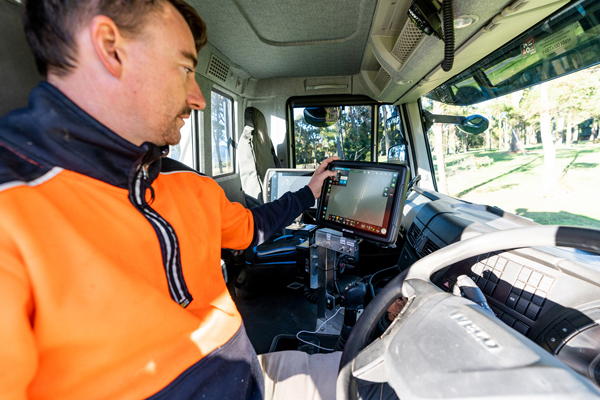 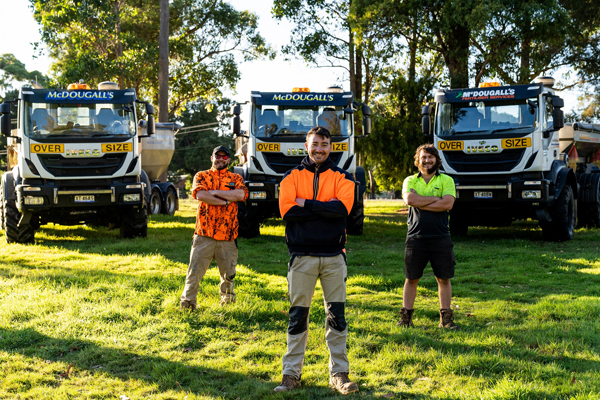 Tasmania is known around Australia – and indeed the world – for its quality produce and leadership in agribusiness, with well-established mixed farming enterprises, dairy, fruit and vegetable production, as well as niche farming, all contributing to the state’s economy. And while Tassie’s rich soils and abundant rainfall no doubt help the bumper harvests, mother nature still needs a helping hand.

McDougall Fertiliser Services based in Scottsdale, has been providing this helping hand to farmers in Northeast Tasmania since the mid-90s, when family patriarch Paul McDougall decided to start his own business after working several years in the industry for others.

While Paul is still involved in the business which also has farming and bulk haulage interests, son Aaron manages the company’s fertiliser unit. The team is also supported by 16 full-time staff and a fleet of eight fertiliser spreaders, including three IVECO AD360 Trakker 4x4s – a further four on-road trucks make up the fleet, while a Trakker AD450 6x6 is also currently in build.

The Trakker range is a popular choice for fertiliser spreading applications both in Australia and New Zealand, where off-road performance, comfort and power are well regarded by operators.

The transition to IVECO from another European cab chassis, began around two and half years ago as part of a fleet upgrade program, according to Aaron.

“We were getting a bit tired with the previous brand trucks which were giving us reliability issues, so we decided to start looking at the alternatives,” Aaron said.

“In the end it came down to IVECO and another brand. The Trakker gave us some tare weight benefits (AD360 has 18t GVM and AD450 offers 33t GVM) which helped us make the final decision to go with IVECO. I’ve also seen several other companies in Tasmania with Trakkers and this gave us confidence, and I spoke to a high-profile operator in New Zealand, and he rated the Trakkers as well.”

The AD360 Trakker 4x4 features a full-time four-wheel-drive system with hub reduction and differential locks to front and rear axles for superior traction – benefits are the same for the 6x6 variants, but to all three axles.

Aaron’s trucks feature a 6-cylinder, 7.8 litre turbodiesel engine producing 360hp and 1500NM of torque, while the soon-to-be-delivered Trakker 6x6 takes has displacement of 12.9 litres and develops 450hp and 2200Nm. In both instances, the engines are coupled to 16-speed manual transmissions although an AMT option is also available.

“With a fully sealed cabin it’s a quiet environment even when driving on the bitumen with the speed-rated tractor tyres,” he said.

“The air conditioning is very good as well, and the seating is comfortable. In the paddocks the Trakkers feel safe and stable even on steep slopes – the gearing is also low, so we normally don’t even need low range, and the diff locks we only have to engage occasionally.”

Before joining the family business around 13 years ago, Aaron worked in corporate roles including as a department manager with Australia’s leading supermarket change, it’s perhaps his time spent in this environment that influenced his pragmatic approach to fleet management.

“I’m not really a ‘truck guy’, I’m more interested in what the trucks can do for our business, what they cost to maintain, how much fuel they use – I see them as a tool,” he said.

“On the fuel front, the Trakkers perform better than our previous brand trucks – I’d say they’re pretty good, using about 11-12 litres per hour. We’ve been pleased with the Trakkers since purchasing the first one, which is why we’ve continued to use IVECO.”

All the IVECO trucks were purchased through Melbourne dealership, Adtrans Truck Centre, while servicing is carried out by local IVECO service and parts outlet, LG & SM Curran.

Arron said that the service levels from Adtrans and in particular Sales Manager Andy Stotz had been outstanding.

“Andy doesn’t just sell trucks, he helped us specify the larger tyres we wanted, he looked at the relevant ADRs to make sure everything complied, and then assisted us in choosing the diff ratios to suit the bigger diameter tyres,” Aaron said.

“His service was outstanding, and nothing was too much trouble for him.”