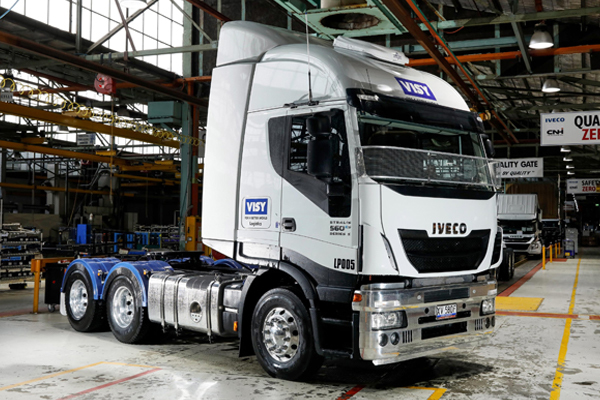 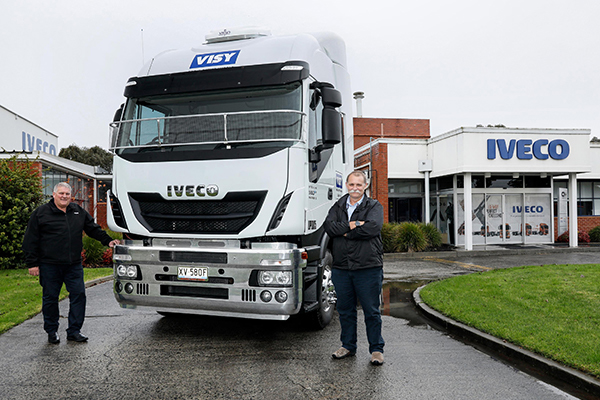 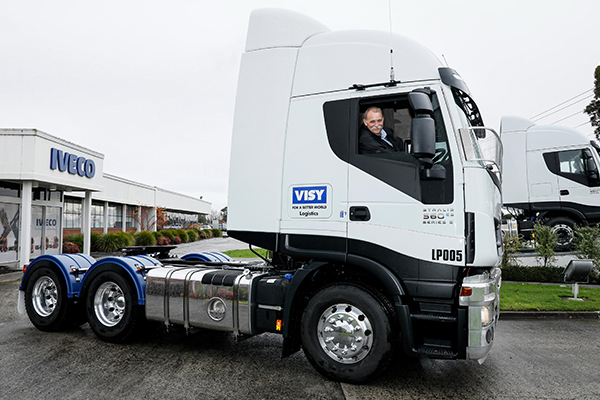 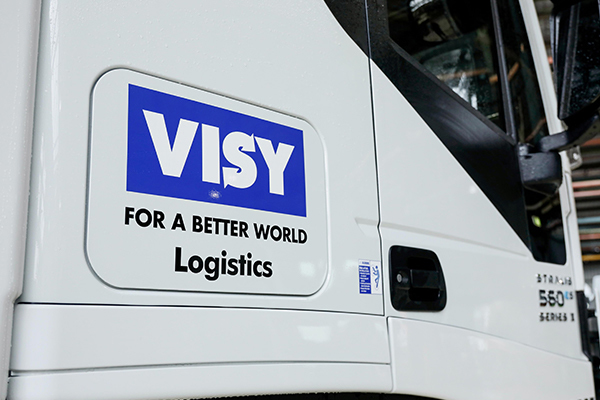 The importance of the road transport industry to our nation has strongly come to light in recent months as the sector worked hard during COVID-19 restrictions to provide a raft of essential services that many normally take for granted.

To play its part in assisting the freight and logistics sector during the crisis, IVECO offered demonstration trucks to major fleets that were faced with unprecedented service demands, over a very short space of time.

Not an existing operator of IVECO or INTERNATIONAL vehicles, leading packaging and recycling company, Visy, accepted the offer and promptly found themselves with an IVECO X-Way AS prime mover and an INTERNATIONAL ProStar prime mover at its disposal.

The trucks’ purpose? The demand for recycling had skyrocketed as a run on consumables had left mountains of extra packaging, from the likes of supermarkets, needing recycling.

“Record retail sales spikes showed that consumers were out in force spending large amounts and stocking-up during the earlier stages of COVID,” Mr Fulton said.

“The sudden surge in consumer activity resulted in a mountain of packaging that tripped the supply chain and left most companies with an equipment shortfall and unable to properly handle the extra workload.

Rated at 510 hp and 2300 Nm, the X-Way was promptly assigned to single trailer duties while the ProStar day cab, with its 550 hp and 2508 Nm output, took on B-Double work, picking up bundles of cardboard from distribution centres across Melbourne.

Mr Fulton said that both vehicles had been well received and accepted by Visy drivers, particularly the X-Way which integrated seamlessly into the Visy fleet.

“The X-Way has proved to be a very comfortable and capable vehicle with the drivers commenting favourably on its appointments and quiet cabin,” he said.

“Its cab-over configuration also provided familiarity for the drivers, as our fleet is entirely made up of European cab-overs; this means there was little for them to become accustomed to, so they felt comfortable with the vehicle straight away.

Visy Industries has since taken on a third demonstrator, the locally-manufactured Stralis AS-L, for work in regional Brisbane.

This 560 hp, 2300 Nm 6x4 prime mover is rated at 90 tonnes GCM, features a 16-speed automated manual transmission and will predominantly be used on a Brisbane to Cairns run delivering finished cardboard products one way and then be back loaded with produce.

“On paper, the Stralis AS-L meets a lot of the requirements for this application; it will be interesting to see how the truck performs in the coming months,” Glen said.

“As an Australian company and manufacturer, we value what we do and are also interested in supporting other Australian manufacturers where possible, which would make IVECO a good fit for us.”