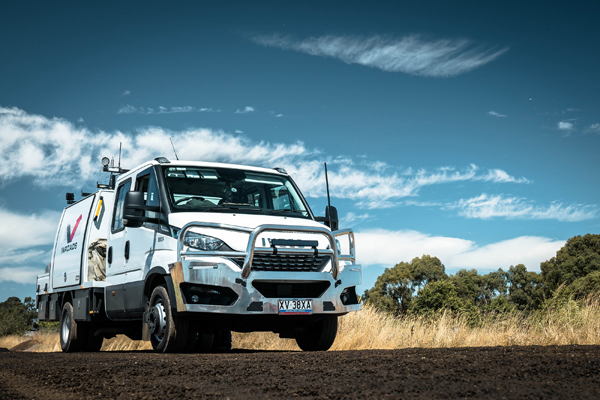 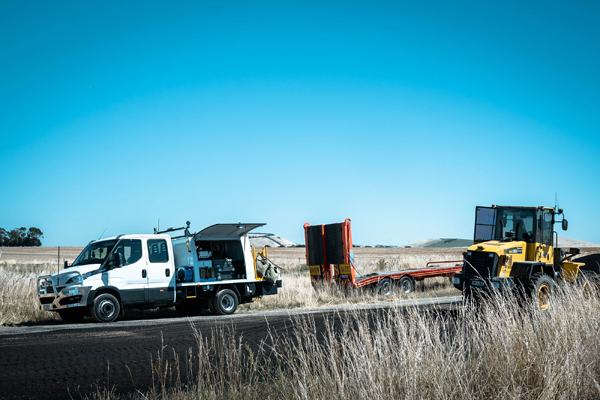 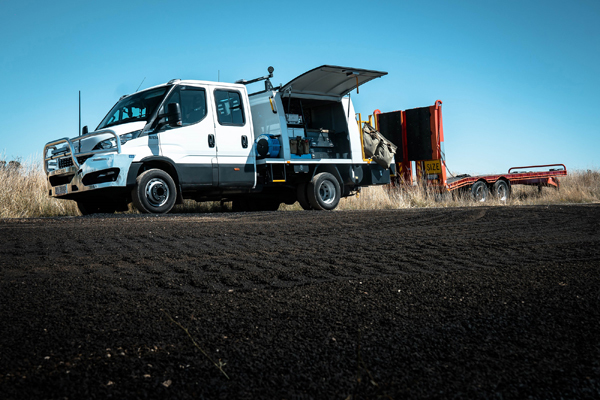 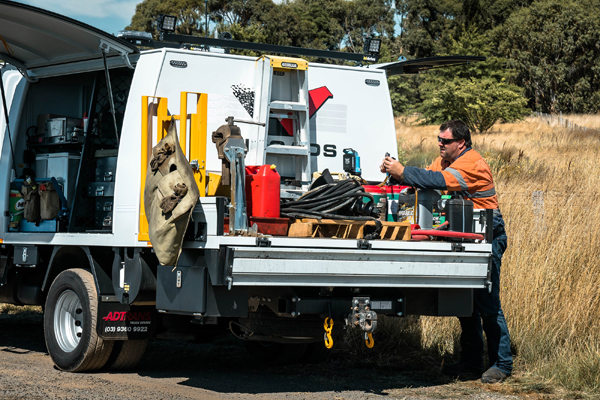 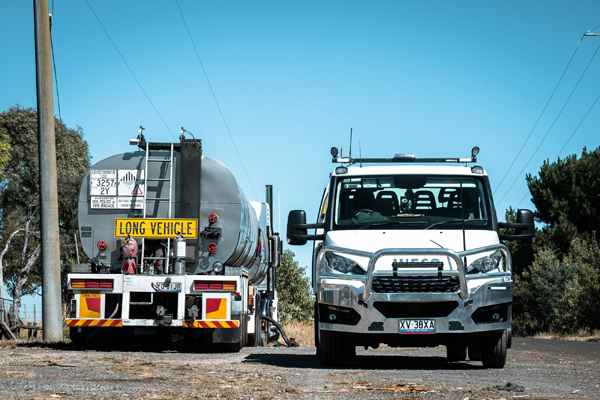 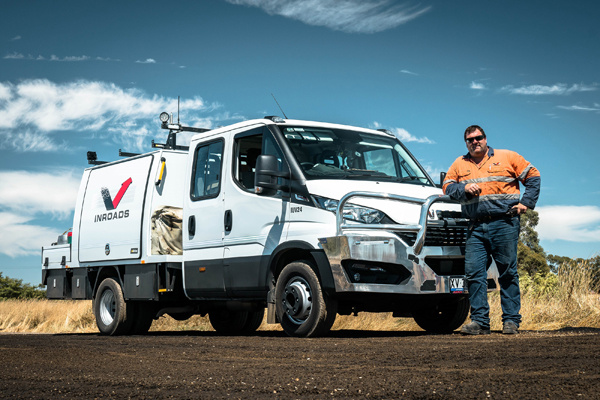 The company is an amalgamation of five independent brands, that work together to provide quarried and bituminous products along with associated paving and surfacing services.

And while larger tipper and dogs, and specialist road resurfacing equipment are the cornerstone of any road building effort, the support vehicles also play a vital role according to technician and driver, Shaun Hennessy.

Shaun works for Inroads – one of the five companies that falls under the VSA Roads banner – and one of his responsibilities is to keep the spray sealing service crews up and running.

“On a conventional crew, you’ll normally have four or five tippers working on a project, if one has a breakdown you can keep the work going using the others, but often there’s only two sprayers on a job, so if there’s a problem everything can slow down or come to a stop,” he said

“On the OB-Vario crew, the bitumen sprayer and aggregate spreader are combined within a single machine, so if that has any issues it can also stop the crew.”

Shaun’s support vehicle – which he took delivery of in late 2021 – is one of three new Daily models that have joined VSA Roads’ fleet; the other two trucks have been put to work as pilot vehicles with Inroads and sister company, Primal Surfacing.

As a support vehicle, the Daily 70C is fitted with a Hidrive service body and carries all the spare parts, tools and equipment that may be needed in the field, the total weight of which was just too heavy to be carried in a standard utility vehicle.

“I’d been using a single cab 4x4 cab chassis utility with a Hidrive service body but the vehicle itself didn’t provide the payload to safely and legally carry everything we needed – even with an aftermarket GVM upgrade it still wasn’t enough, which led us to consider a truck-based cab chassis,” Shaun said.

“With a 7.0t GVM, we get the payload we need for all our gear plus comfortable seating for a work crew. The comfort of the Daily has been a real surprise, it’s more comfortable than any vehicle I’ve had previously and you get out of it after travelling 500 to 600 kilometres and still feel fresh.”

Considering that Inroads services large contracts in Victoria, South Australia and into Southern NSW, it’s no wonder the comfort factor has been well received, as has the responsiveness and sophistication of the Daily’s driveline.

“The Daily is absolutely great to drive, the engine is responsive and the gear changes are seamless, you can hardly notice them,” Shaun said.

“The truck handles the weight so well and travelling at the legal highway speeds of 100 and 110 kilometres per hour is easy. We’re also impressed with the Daily’s long-list of safety features, it’s reassuring to have these particularly considering how long we spend on the road.”

Although he’s transitioned to the Daily from a 4x4, Shaun said the 4x2 Daily had a trick up its sleeve.

“While not a four-wheel drive, having the option of a push button rear differential lock gives some extra peace of mind in conditions where traction might be lost,” he said.

The Hidrive bodies are a lightweight, yet reliable service body that run a unique modular solution for all industries, including call-out service technicians. The bodies’ engineered aluminum fuselage with polymer co-bonded panels deliver the lightest possible weight, which helps keep the vehicle tare weight down.

Hidrive service bodies are chassis-mounted, using the company’s own engineered and integrated torsion sub-frame and flexible chassis mounts. This unique combination ensures that any torsion from the cab chassis is not relayed into the service body.

Hidrive spokesperson, Tim Grace, said there was increased interest in Daily-based models from his clients.

“Our bodies can be fitted to a wide range of trucks and utilities, but we’ve noticed that there’s been a growing enquiry for Hidrive service bodies for the Daily,” Tim said.

“The Daily is a nice truck, they’re very comfortable and from a manufacturing perspective, we’ve engineered our product so that it is easy for us to deliver the service body configuration that the customer wants without any trouble.”

To see the Hidrive range of service bodies, see: hidrive.com.au