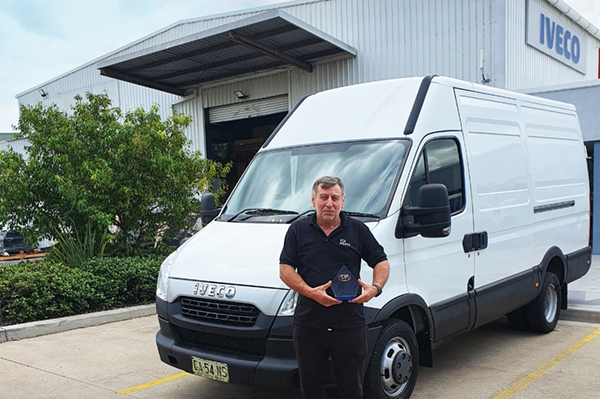 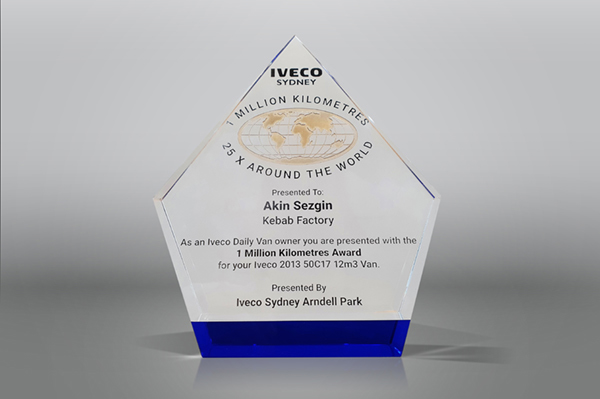 Most new van buyers will likely have low expectations of their vehicle ever reaching the magic 1,000,000 kilometre mark, let alone comfortably exceeding it, but owner of the Kebab Factory, Akin Sezgin, had a good hunch that his IVECO Daily would.

Akin purchased his first Daily in 2005 and achieved 800,000 kilometres of trouble-free running before it was involved in an accident – his next purchase, a 2013 model 50C17 did even better, having recently travelled an impressive 1,100,000 kilometres without incident.

As a producer of kebab meat products, Kebab Factory distributes its goods from its Sydney facility to outlets as far afield as Northern New South Wales and South into Central Victoria, on routes that regularly see the 12m³ Daily cover 3,000 kilometres per week.

Leaving the production facility with a 2,700kg payload, the van works hard for its keep but the driveline combination of 3.0 litre turbo-diesel engine (producing 124kW and 400 Nm) and 6-speed manual, has taken the work in its stride according to Akin.

“What I like about the Daily is that unlike a lot of the other vans, it has good power which makes it responsive and easy to drive on the open road,” Akin said.

“I’m also impressed with the fuel efficiency that we’re getting – if we were travelling these distances in a cab over truck with Pantech body, we’d definitely be using a lot more fuel.

“Another feature that’s great about the Daily is that is has a proper full-length chassis, which lets us carry the weight we need to get the job done efficiently.”

While many commercial vehicle owners trade-up to a newer model once the kilometres begin to rise, Akin said that he has achieved good results by keeping his vehicles for longer.

“So long as the van’s still going well, is reliable and doing the job you need it to, I don’t really see the need to update,” he said.

“The last Daily we had for eight years before it was damaged and it was still going well – this current model is showing no sign of giving trouble.”

So what is Akin’s secret to keeping his vehicles on the road for longer? He puts it down to several factors, one is the professionalism of his driver, Ugur, the second, is that he’s always had IVECO dealer servicing, using genuine IVECO parts.

“Since new, the van’s been serviced exclusively by IVECO Sydney using IVECO parts, I think it’s one of the reasons why the van continues to run so well,” he said.

“We’ve stuck to the logbook servicing in terms of the work that’s carried out, the only difference is that where the oil change intervals are specified every 40,000 kilometres by the manufacturer, we go a bit earlier at 30,000 kilometres.

“The guys at the dealership have done a great job at keeping the Daily running nicely.”

Akin said he has no doubt that driver Ugur has also helped the Daily surpass 1.1 million kilometres.

“Ugur is an excellent driver, he looks after the van and treats it well – it makes a difference when you have a driver who respects the equipment and knows what they’re doing,” he said.

“This Daily still has a lot of life in it.”