It’s horses for courses for Dippy and IVECO 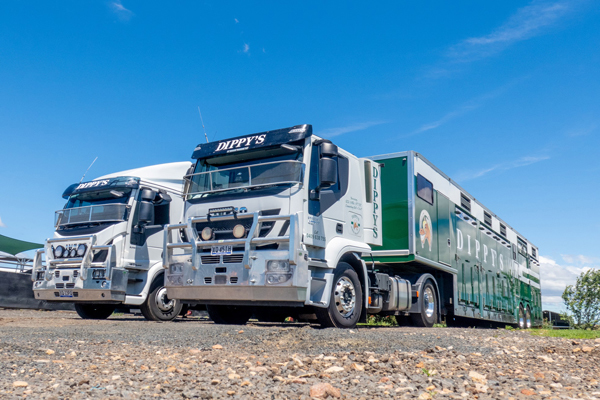 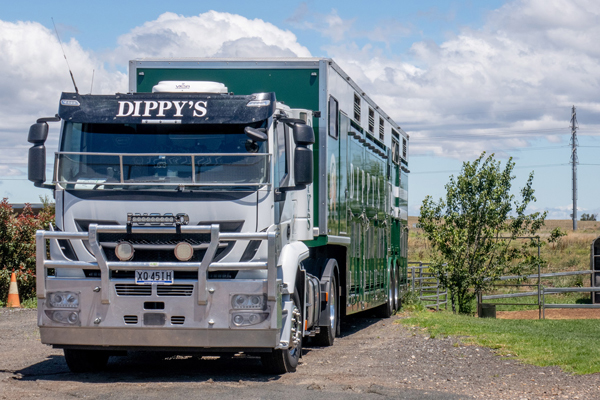 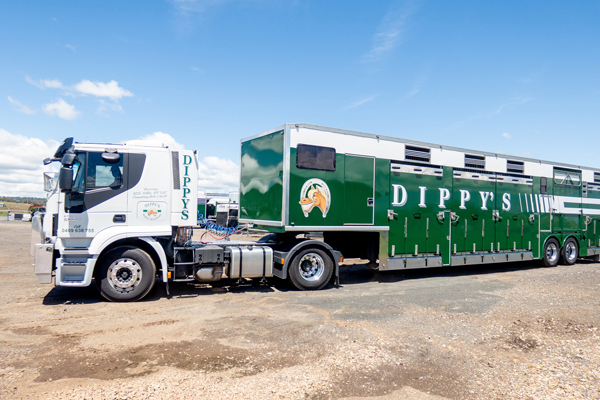 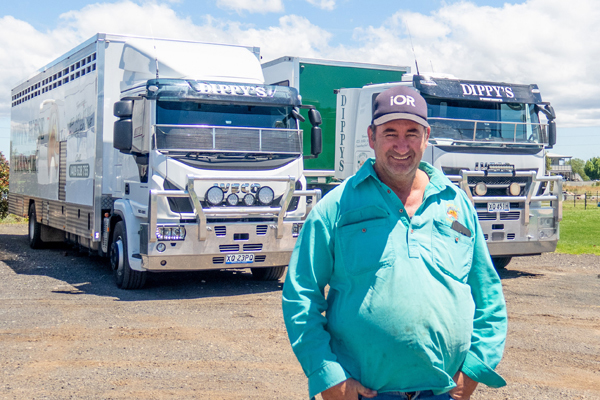 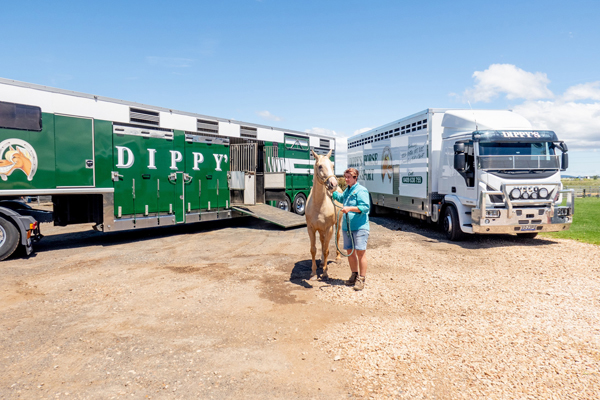 Having been born and bred on a Queensland cattle station, there’s not much ‘Dippy’ Dipzal doesn’t know about horses and livestock.

And while he’s also pretty handy behind the wheel of a heavy vehicle, he attests that for his business ‘Dippy’s Horse Transport’, he’s employs horsemen rather than drivers – this means his fleet must be easy-to-use.

“Our drivers are horsemen first, so the trucks we have can’t be complicated to drive, and this is one of the areas where the IVECOs are really good,” Dippy said.

Based in Toowoomba, Dippy’s Horse Transport began in 2010 and has a strong history with the IVECO brand. Dippy has owned six over the years, most recently a Stralis ATi prime mover and a Eurocargo ML160. He also has an INTERNATIONAL ProStar on fleet for B-Double float jobs.

Servicing all areas of Queensland, New South Wales and beyond, the business has regular routes as far south as Victoria, northwest to Darwin and to far north Queensland. The Stralis is predominantly used for the Townsville run, while the Eurocargo travels to Melbourne – it’s a busy schedule that sees both trucks accrue over 5,000 kilometres per week.

Prior to starting his business, Dippy drove for another equine carrier for 20 years, and it’s here where he first began to appreciate the benefits of IVECO, primarily around the key performance measures of safety, driver comfort and low total cost of ownership.

Given the precious cargo on board – Dippy transports race, stock and quarter horses – safety and comfort is important, and not just for the driver.

“When I was working for another carrier, one of my co-workers was involved in a serious accident and they came away with only minor injuries – they were driving an earlier IVECO Stralis,” Dippy said.

“This stayed in my mind, and when the time came to buy my own trucks I knew I wanted them to be IVECO.”

The ML160 Eurocargo is fitted with a stock body that allows Dippy to comfortably transport up to 10 horses at a time, with the model also selected for its rear electronically-controlled air suspension which helps smooth out the bumps.

“I go for an airbag suspension set-up where possible as it takes a lot of the jarring out of the ride, particularly over the rough tracks that we often have to cover,” Dippy said.

“Both the Stralis and Eurocargo also provide good accommodation for the drivers for when they need to rest-up on the road; we install 24V air conditioning in our trucks to keep drivers cool when they’re resting.”

The Stralis ATi features a 460hp / 2100Nm engine that’s matched to the 12-Speed Eurotronic II AMT, providing more than enough power for the single trailer application, which allows Dippy to cater for a maximum of 15 animals.

In the Eurocargo, power comes courtesy of a 5.9 litre power plant which produces 280hp and 950Nm of torque, with the engine coupled to a 9-speed manual.

A common feature of both vehicles according to Dippy is their impressive fuel efficiency.

“Both these trucks are brilliant on fuel and are cost effective to maintain,” he said.

“In some of our earlier IVECOs we covered up to 1.5 million kilometres before upgrading, nothing’s really gone wrong with them, all they’ve needed is replacement of the usual wear and tear items.

“With the new trucks, we go back to the selling Dealership IVECO Brisbane for major servicing but do oil changes ourselves every 20,000 kilometres, just for that extra protection because of the high kilometres and tough conditions we cover.”

It's horses for courses for Dippy and IVECO.pdf